The Houston Museum of Natural Science or HMNS hosted the world-renowned Lord of the Rings Trilogy exhibit.  However, HMNS came to realize that the exhibit was not able to draw lots of attention from its targeted audience. The exhibition’s success mainly relied on marketing strategies used.

The museum was quick to call in Spur Digital to capture interest and drew a massive response from the audience. Thus, it made the exhibit quite a success. It was also looking forward to generate more patrons and stuffed up membership list to gather more income.

Houston Museum of Natural Science, together with Spur Digital, worked hand in hand in identifying the target audience for this specific campaign.  An online media plan was developed to reach out to their market.

To go viral, Spur used a ground-breaking method for the campaign and got their audience to use referral strategy.  The campaign targeted males ranging from 18-34 yrs of age who were fantasy and action film aficionados. Video game enthusiasts, movie renters and also the tech savvy who are not likely to drop by at museums were also considered.

Spur placed keyword-based online adverts, email marketing and banners to capture the targeted audience.  If you will ask if the strategy worked; yes, it did. The outcome was superb!

What made the Houston Museum of Natural Science Campaign Successful

The impact which this marketing effort generated was so amazing that it pulled in more than 23 percent registrants as a result of its feature, Tell-A-Friend.  Their direct marketing ploy as well paved the way for impressive results.

All in all, in 12 weeks’ time, the locally-targeted online campaign for the Houston Museum of Natural Science  produced over 2 million impressions. Unique visits were recorded at 20,000 and invitations summing up to 6,000 were sent to friends. It amounted to a little below $3.00 per action. All these added up to an all-time high of 100,000 in attendance after 3 months of display. 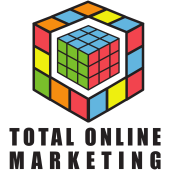